Hajj is the Fifth Pillar of Islam. It is obligatory on every Muslim to perform it at least once in their lifetime, if they are physically and financially able.

Hajj is the largest gathering of Muslims from around the world. It is a unifying process showing the brotherhood of man within Islam and their worship of the one and only God – Allah (S.W.T). This week-long event occurs Two Months and Ten Days after Ramadan end, during the Islamic month of Dhu-al-Hijjah. Pilgrims wearing Ihram gather on the plains of Arafat. This is a reminder that all mankind will one day gather on the Day of Judgement when they will be presented to Allah (S.W.T).

They will stand equal before Allah (S.W.T) except in the degree of piety and righteousness. Hajj symbolises devotion to Allah (S.W.T) and obedience of His Commands. There are 3 types of Hajj,

It is a Hadith of the Prophet (S.A.W) that: “Hajj wipes out whatever (Sins) came before it.”

Importance of Hajj in Quran and Hadith

The hajj is a pillar of Islam, required of all Muslims once in a lifetime. It is a physically demanding journey that Muslims believe offers a chance to wipe clean past sins and start anew before God. Pilgrims seek to deepen their faith on the hajj, with some women adopting the head covering known as the “hijab.”

The importance of the Hajj in the Quran and Hadith cannot be emphasized enough. This obligatory prayer has been given the title of being the most sacred as well as the divine journey towards the house of ALLAH SWT. Every year millions of Muslim pilgrims visit the house of ALLAH because it has great religious significance.

It is considered to be a significant religious practice in the Islamic religion. This is the reason why many Muslims focus on the important practices and protocols of the rituals. ALLAH SWT has made it mandatory upon all his believers to perform the pilgrimage.

To help you understand why Muslims from different cultural backgrounds gather at a single location to perform the Hajj. It is important to look in the context of the Quran and Hadith. And that is exactly what we are doing for you below.

The Hajj comprises of a number of different acts of worship in Islam. This includes prayer, the offering of charity, Zakat, exemplary character, fasting, spending money in the cause of ALLAH, patience, and Jihad. It is known to purify one’s soul, leading them onto a new path of spiritual greatness and wellbeing.

From these facts we can witness that pilgrimage is not solely restricted to being a pillar of Islam. It is known to influence all forms of social, economic, national as well as moral areas of the life of every Muslim.

“Pilgrims and those performing Umrah are ALLAH’s guests; their prayers are answered and their supplications for forgiveness are granted.”

On hajj the Pilgrims wear plain, white cloths. Men wears drape seamless, un-stitched clothing and women dress in plain white dresses and headscarves. The idea behind dressing simply is to mask any differences in wealth and status. The Hajj makes Muslims feel the real importance of life here on earth, and the afterlife, by stripping away all markers of social status, wealth, and pride. Hajj is a chance to wipe clean the slate of one’s mistakes and shortcomings of the past. Prophet Muhammad (PBUH) said:

“One who comes to this House for Hajj and avoids all lewdness and sins, he returns as he was on the day his mother gave birth to him.” (Bukhari & Muslim).

Hajj also gives a strong message of Brotherhood and Unity that makes the importance of Hajj in Islam stronger. The journey of Hajj is the easiest way to attain the satisfaction of ALLAH as the pilgrims are considered to be guests of ALLAH. Abu Hurairah (may Allah be pleased with him) narrated that one day the Prophet (peace and blessings be upon him) addressed people saying:

“O people! Allah has prescribed Hajj upon you, so perform it. “

When an individual makes an intention to go on Hajj, he is often reminded that the opportunity is an invitation from Allah. The Kaaba in Makkah is considered the “House of Allah,” and as such, only those who are welcomed by God Himself are allowed to step foot there. Pilgrims are considered the guests of Allah.” May Allah guide us all and give us an opportunity to perform Hajj.” Ameen. 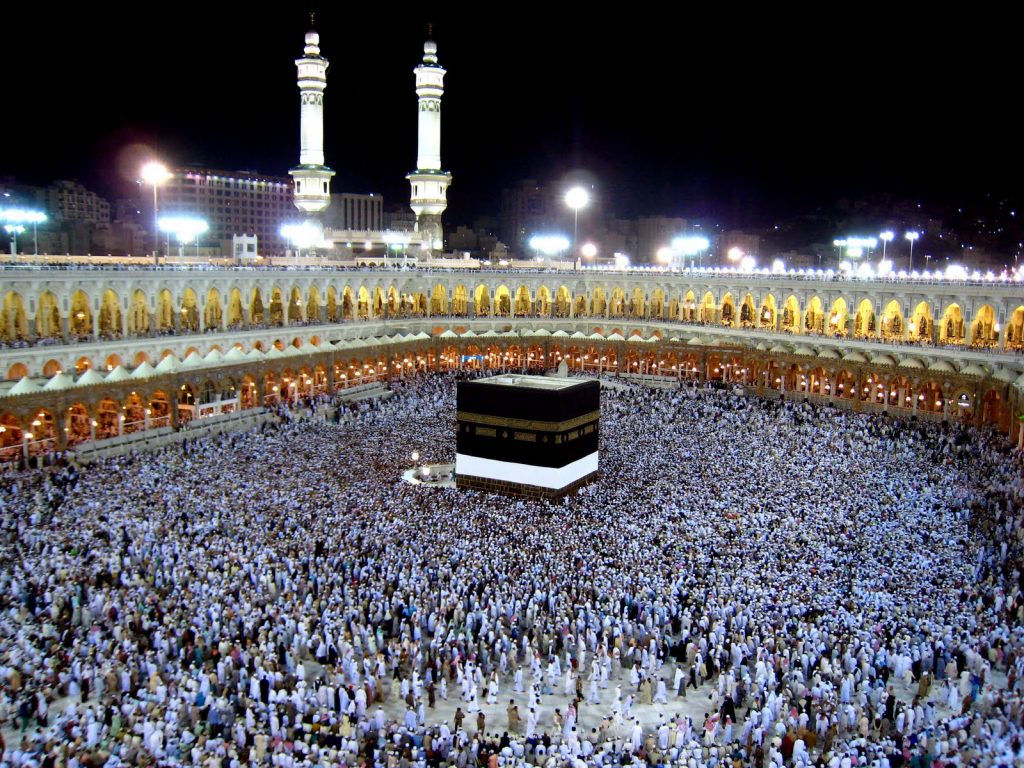